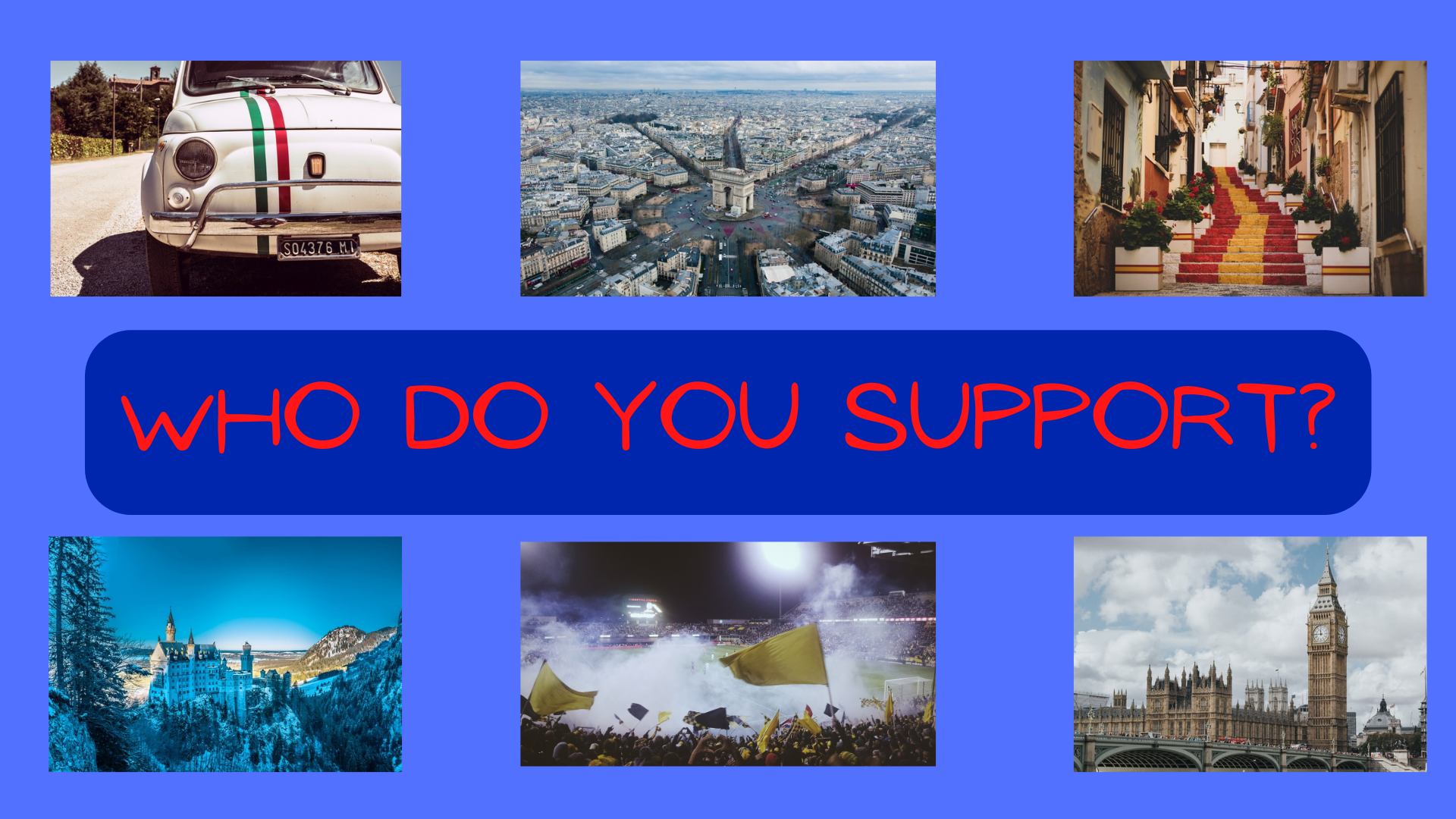 Visit club profile
Football began for me with Italia 90. England’s run to the semi-final is permanently etched in my memory, as is my first ever Panini sticker book. That was where I discovered that my new hero, Gary Lineker, played for Spurs. It turned out Paul Gascoigne did as well, but that wasn’t as important to my eight-year-old self. An FA Cup victory came immediately in 1991 and since then…two League Cups and a lot of suffering. I also have a soft spot for Portsmouth (where I went to school) and Havant & Waterlooville (my local side), who once led Liverpool at Anfield.

Visit club profile
I used to like Deportivo La Coruña after Bebeto’s 1994 World Cup heroics, but I then got to study in Vigo for a year and from then on there was no question which Galician side I would be backing. La Liga tickets were 3 Euros a pop and a packet of 3 Champions League group stage tickets (AC Milan, Brugge and Ajax) were an absolute steal at 20. I got to see them take on Arsenal in the next round, too, but a toothless front line led by former Villa striker Savo Milosevic saw them relegated to Segunda at the end of the season. After Celta, I look out for Rayo Vallecano results and then the Yellow Submarine of Villarreal.

Visit club profile
I could have been a PSG fan, having been born and gone to school in the capital, but it didn’t end up that way. They’re the opposite of my type of club, so it’s just as well. While working in Lyon over the summer holidays, I got to see Les Gones take on Manchester United in the Champions League and Sochaux in Ligue 1 at the Stade Gerland. This was the time of Juninho, the Brazilian master of free-kicks, and Lyon instantly became my Champions League team, who I’d back over the English “big four” without hesitation. Seven consecutive titles came between 2002 and 2008 before the emergence of the PSG monolith.

Visit club profile
I never really had an Italian side that I supported, but I would previously have said Inter if pushed, and I did enjoy Mourinho’s backs to the wall Champions League triumph with Samuel Eto’o leading the line. However, it was the other Nerazzurri that won my heart in the end. My first memory of watching them was their classy dismantling of Everton home and away in the Europa League. Since then, it has been a rollercoaster coming so close to the cup, the league and the Champions League, but not quite making it. As if I didn’t have enough of that as a Spurs fan!

Visit club profile
Yes, a latecomer to this phenomenal story. I was a minor fan of Dortmund when Lewandowski and the rest of the Polish trio were tearing it up for Klopp, but as soon as I watched this short documentary I was hooked on Union. From donating blood to raise money for the club to fans building their stadium with their own hands, the community spirit is unbeatable. Their first season in the top flight was very much about securing safety with set-pieces key, but in the last two years they’ve developed into a real force securing European football twice in a row. Here’s to more of the same! 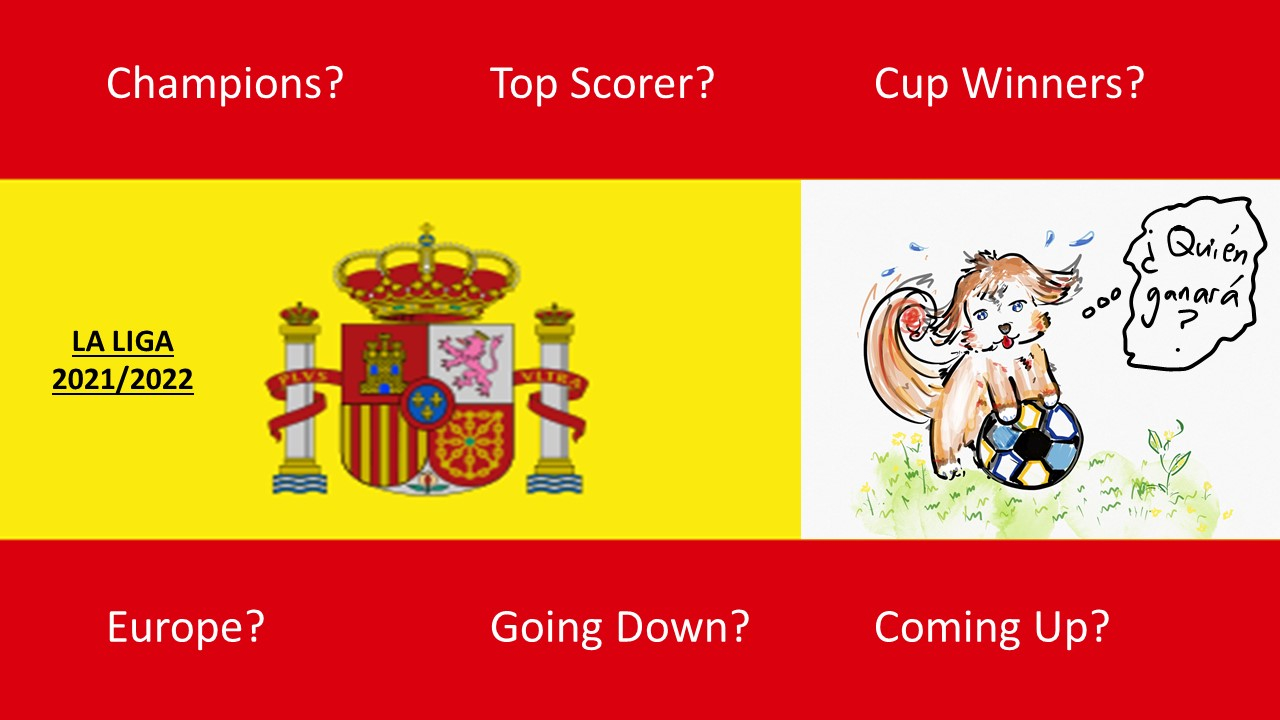 CHAMPIONS – REAL MADRID
They may have just got annihilated by Barcelona in El Clásico, but Real are still nine points clear of a stuttering Sevilla with nine to play. Will a league title be enough to keep Ancelotti in a job or will he have to do something special in the Champions League too?

CHAMPIONS LEAGUE – BARCELONA, ATLÉTICO MADRID, SEVILLA
Barcelona have turned a corner under Xavi and 5 wins in a row with 18 goals scored is more what you expect of the Blaugrana. They will finish ahead of Atlético, who also have 5 wins in a row, but with fewer goals scored. Sevilla have run out of steam, but they will hold on to fourth.

EUROPA LEAGUE – REAL BETIS, REAL SOCIEDAD
Betis have had their best season in years and that form should be enough to keep them in fifth, despite the distraction of the Copa Del Rey final. Sociedad have been too inconsistent, but will get another European adventure, probably in the Europa League.

CONFERENCE LEAGUE – VILLARREAL
Another outstanding European effort from the Yellow Submarine, who have followed up on their Europa League triumph with a run to the Champions League quarter-finals. However, they seem destined for the Conference League next year unless they secure the European Cup.

RELEGATED – CÁDIZ, MALLORCA, LEVANTE
Levante have been cut adrift and eight points will be too much to make up. Mallorca are on a dreadful run of six defeats that has seen them slide into the drop zone. Cádiz sit just outside the bottom three, but they have a hard run-in and will be leapfrogged by an improving Alavés.

PROMOTED – ÉIBAR, ALMERÍA, GIRONA
Éibar’s fans said they were fine with relegation as long as they fought to come back up immediately and the Spanish Gunners have been true to their word. Almería are way out in front with them. Girona are hitting form just when it matters as the play-offs approach.

COPA DEL REY WINNERS – REAL BETIS
Valencia have improved of late, but Pellegrini is creating something special down in Betis that merits a trophy. Iglesias, Juanmi, Canales and Willian José offer a plethora of options in attack, without mentioning the legend that is Joaquín. He will come on to score the winner in the final.

TOP SCORER – KARIM BENZEMA
It’s been another great season for Benzema, who currently sits eight goals ahead of his nearest rivals in La Liga on 22 goals. His remarkable rapid fire hat-trick against PSG in the Champions League shows there are still plenty of goals left in the 34-year-old! 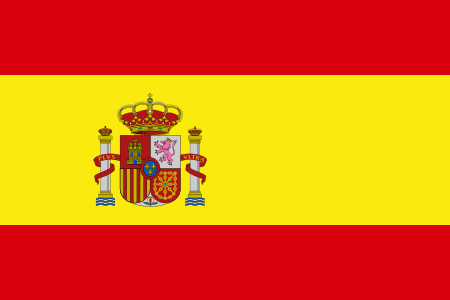 Teams are in reverse order. Last five games begins with the most recent.

20th – Huesca – 21pts – DLLDW – Team Profile
Huesca’s players have remained loyal to the cause, but will need a little bit of magic to survive the drop. Three wins from the next five would give the Oscences a shot.
Next 5: Levante (A), Elche (H), Atletico (A), Getafe (H), Alaves (A)

19th – Alaves – 23pts – LDLLL – Team Profile
Things are looking grim at the moment for the boys from Vitoria-Gasteiz with just a single point taken from the last six. The home match against Huesca is a must win.
Next 5: Celta (H), Bilbao (A), Villarreal (H), Valencia (A), Huesca (H)

18th – Eibar – 23pts – DLLDL – Team Profile
A horrible looking run-in with games against four of the current top five could see tiny Eibar’s remarkable seven year run in the top flight come to an end. No wins in the last eleven.
Next 5: Real Madrid (A), Levante (H), Granada (A), Sociedad (H), Atletico (A)

17th – Elche – 25pts – DLLWL – Team Profile
Survival is a definite possibility for the Frangiverds, which is as much as they could have hoped for after squeezing into then through the playoffs last year.
Next 5: Betis (H), Huesca (A), Valladolid (H), Levante (H), Osasuna (A)

16th – Real Valladolid – 27pts – DDWDL – Team Profile
La Pucela’s yearly flirtation with relegation is underway, but they’ve shown they have the ability to survive a tough run-in. Shon Weissman has been a real find.
Next 5: Barca (A), Granada (H), Elche (A), Cadiz (H), Bilbao (A)

15th – Cadiz – 29pts – LDWLD – Team Profile
After an unexpectedly strong start, the other “yellow submarine” have been sinking down the table. Alvaro Negredo should steer them out of choppy waters.
Next 5: Valencia (H), Getafe (A), Real Madrid (H), Valladolid (A), Celta (H)

14th – Getafe – 29pts – DDLWL – Team Profile
Getafe have been miles off last season’s biting the heels of the big boys, perhaps due to the added fixtures of their Euro campaign. Coach Jose Bordalas is rightly still in his job.
Next 5: Osasuna (A), Cadiz (H), Barca (A), Huesca (A), Real Madrid (H)

13th – Osasuna – 30pts – DDLWL – Team Profile
The Pamplona outfit are having a steady but unremarkable season. Without the record home run that came to an end last season, they’ve slipped down the table a little.
Next 5: Getafe (H), Villarreal (A), Valencia (H), Celta (A), Elche (H)

12th – Valencia – 33pts – WLWLW – Team Profile
With Dani Parejo and Francis Coquelin popping down the road to join Villarreal, Valencia is no longer the strongest team in the region. Sad to see the fans’ struggle with the owner.
Next 5: Cadiz (A), Valencia (H), Osasuna (A), Alaves (H), Betis (A)

11th – Celta Vigo – 34pts – LDWDL – Team Profile
Celta should finally avoid 17th place this season. The football has been much better under new boss Coudet, keeping them mid-table despite no Iago Aspas goals in 2021.
Next 5: Alaves (A), Sevilla (H), Sociedad (A), Osasuna (H), Cadiz (A)

10th – Levante – 35pts – LWLDW – Team Profile
Bags of goals from strike pair Roger Marti and El Comandante have produced an excellent season for La Granota, who reached the semi-final of the cup.
Next 5: Huesca (H), Eibar (A), Sevilla (H), Elche (A), Villarreal (H)

9th – Athletic Bilbao – 35pts – DDLWD – Team Profile
Athletic will be hoping to close the gap to Barca and pull away from Real in terms of Copa Del Rey wins with their two finals for 2020 and 2021. The league has been nothing to write home about.
Next 5: Sociedad (A), Alaves (H), Betis (A), Atletico (H), Valladolid (H)

8th – Granada – 36pts – LWLWL – Team Profile
Next 5: Villarreal (H), Valladolid (A), Eibar (H), Sevilla (A), Barca (A)
Raul Espinola has led Los Rojiblancos to a QF Europa League showdown with Manchester United AND kept them strong in the league behind a reborn Roberto Soldado. Chapeau!

6th – Real Betis – 45pts – WLWWW – Team Profile
Betis are flying under Pellegrini with five wins in the last six. The one loss came against bitter rivals Sevilla, however, who are probably too far ahead to catch in 4th.
Next 5: Elche (A), Atletico (H), Bilbao (H), Real Madrid (A), Valencia (H)

5th – Real Sociedad – 45pts – LLWDW – Team Profile
La Real were the early frontrunners with David Silva pulling the strings, but couldn’t last the course. They suffered a 6-1 thrashing at the hands of Barca last time out.
Next 5: Bilbao (H), Valencia (A), Celta (H), Eibar (A), Sevilla (H)

4th – Sevilla – 55pts – DWWLL – Team Profile
You would think Sevilla had done enough to secure Champions League football, but their run-in is as tough as it could get. En-Nesyri has had a great season up front.
Next 5: Atletico (H), Celta (A), Levante (A), Granada (H), Sociedad (A)

3rd – Real Madrid – 60pts – WWDDW – Team Profile
Benzema is unstoppable at the moment with 6 goals in his last 4 games hauling Madrid through to the last 8 of the Champions League and keeping their title challenge alive.
Next 5: Eibar (H), Barca (H), Cadiz (A), Betis (H), Getafe (A)

2nd – Barcelona – 62pts – WWWWW – Team Profile
Champions League aside, Messi and Barca have been on a blinding run of form that has taken them to the Copa Del Rey final and right into the slipstream of Atletico.
Next 5: Valladolid (H), Real Madrid (A), Getafe (H), Villarreal (A), Granada (H)

1st – Atletico Madrid – 66pts – WDWDW – Team Profile
It all seemed like a foregone conclusion for Atletico, but then Barca and Real got their act together and they’ve stuttered. Luis Suarez and Joao Felix will try to get them over the line.
Next 5: Sevilla (A), Betis (A), Huesca (H), Bilbao (A), Eibar (H)