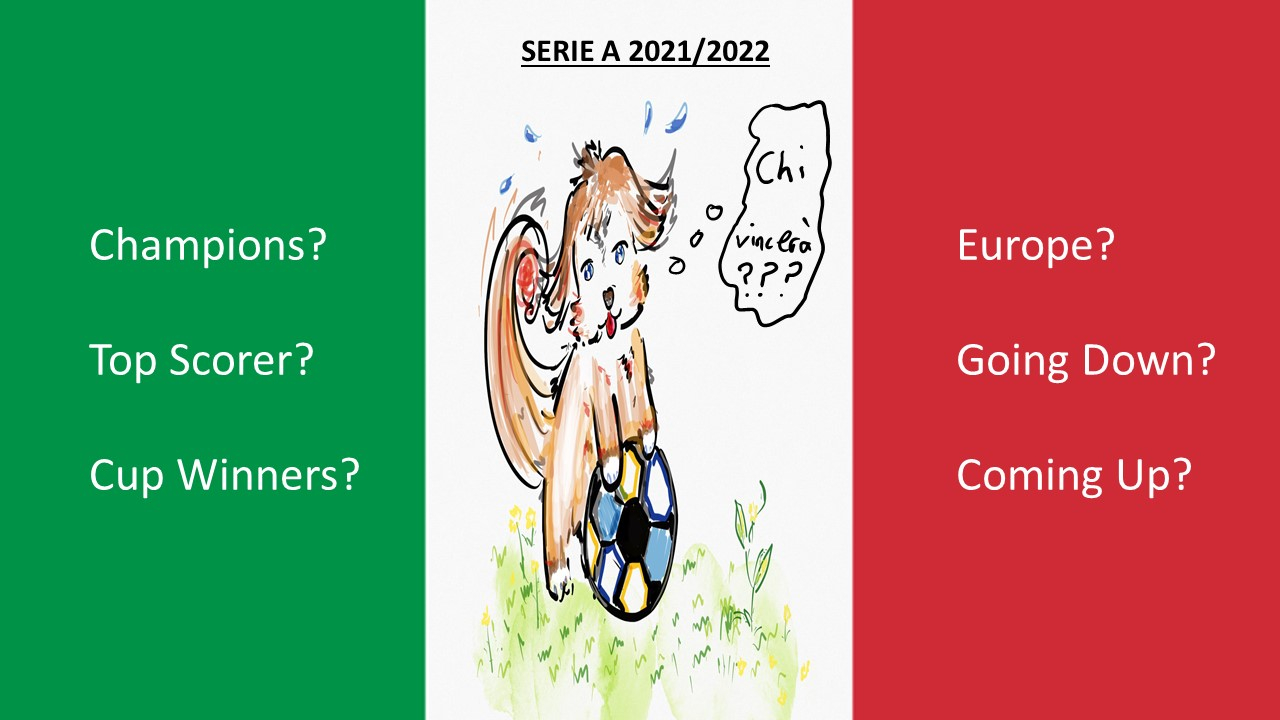 VISIT SERIE A HOMEPAGE FOR CURRENT TABLES AND PROFILES

CHAMPIONS – AC MILAN
They nearly got there last season, but couldn’t quite match Antonio Conte’s Inter. This time the Rossoneri will finish ahead of their city rivals and claim their first scudetto for over a decade. The perennially underrated Olivier Giroud has been an inspired signing.

CHAMPIONS LEAGUE – NAPOLI, INTER MILAN, JUVENTUS
There’s a huge gap between these three sides and a faltering Atalanta in fifth. Bringing in Dusan Vlahovic has taken the Bianconeri to another level and they will finish second. Napoli will be just behind them in third, but Inter’s poor recent form will see them slip to fourth.

EUROPA LEAGUE – ATALANTA, LAZIO
It’s not been a good year for La Dea, who have stuttered in the league as the inevitable exodus of star names has continued. Lazio lost the battle against Roma in the derby at the weekend, but they will win the war thanks to an easier run-in.

CONFERENCE LEAGUE – ROMA
The Giallorossi are still involved in European competition and could well qualify for the Europa League anyway with victory in the inaugural Europa Conference League. The question remains whether Mourinho will be there for it? Will Roma want him to be?

RELEGATED – CAGLIARI, VENEZIA, SALERNITANA
Salernitana are as good as relegated on 16 points. Having to play away at all their direct relegation rivals will spell Cagliari’s demise. Venezia have looked good at times, but Genoa have improved and will overtake them in their annual Houdini act.

PROMOTED – CREMONESE, PISA, MONZA
It’s so, so tight at the top of Serie B, but Cremonese, Pisa and Monza are the current top three on points and on form. With six sides involved in the play-offs, none will want to be involved in that lottery. Recent Serie A sides Lecce, Brescia and Benevento will narrowly miss out.

COPPA ITALIA WINNERS – JUVENTUS
Rare is the season when the Old Lady finishes with nothing, and this will not be one of them. They hold the lead over Fiorentina going into their semi-final second leg and experience will count in the final against one of the Milan sides as they claim their fifteenth Coppa Italia.

TOP GOALSCORER – DUSAN VLAHOVIC
The race to be Italy’s capocannoniere has been neck and neck all season long between Dusan Vlahovic and Ciro Immobile, but the Serbian now has all of Juventus’ creative power to tee him up. That will be the difference, but Lazio’s all-time record goalscorer will run him mighty close.