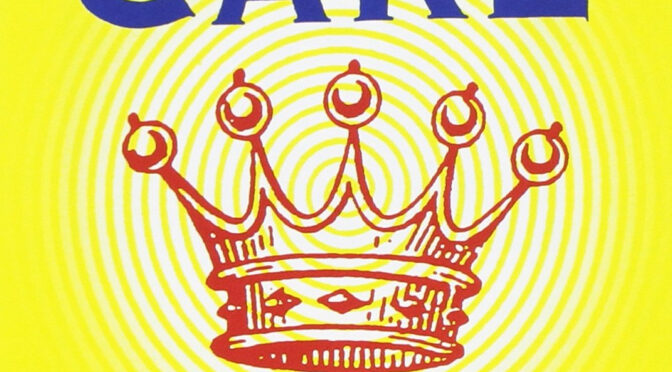 This must be the most influential album of all for me. I first discovered it when I swapped some of my CDs with an English girl working as a waitress in Gstaad, Switzerland; I was working a ski season as a night porter at the time. The other albums I picked up were Massive Attack’s “Mezzanine” and Bjork’s “Homogenic”. I’m 100% sure my offerings were nowhere near as good as hers.

Once I got back to England I couldn’t track down the album anywhere until, suddenly, there it was in front of me in a record store in a Gateshead shopping centre I’d popped into on a bowling trip. The CD cost a whopping 25 pounds, but it was worth every one of them.

Victor Damiani’s bass rips through each track as Vince DiFiore glides over the top on trumpet, a truly integral part of the band. John McCrea’s sardonic vocals and Greg Brown’s slacker guitar form the filling of a delicious sandwich . And what about the drummer, Todd Roper? Well, he had to keep it all together while the other band members went on their virtuosic way.

To anybody who knows me and is familiar with the music I’ve made, they’ll realise that band set-up sounds pretty similar to one I played with in Krakow in the mid-2000s. Like we did, Cake also flip between genre on practically every track. DiFiore is far far better than me at trumpet though. His solo on “Italian Leather Sofa” in particular is insanely brilliant.

The gateway for most to this album is “The Distance”, the song that propelled Cake to worldwide fame. It’s a perfectly crafted spoken word poem about a racing driver stubbornly trying to drive out all his frustrations though somebody “long ago left with the cup”.

The bass line growls like a car engine “pumping and thumping in time”. The trumpet signals that “the sun has gone down and the moon has come up”. In the night, “bowel-shaking earthquakes of doubt and remorse assail him, impale him with monster-truck force” as he thinks about someone “for whom he still burns”.

It’s breathtaking in its brilliance. But is it really about a driver or is it about how we relentlessly make our way through life putting all the heartbreak and existentialist dread to one side as best we can?

There are a couple of covers on the album, which are probably the next best-known tracks. Gloria Gaynor was apparently not too pleased about McCrea swearing all over her megahit “I Will Survive”, but he kept things cleaner on “Perhaps, Perhaps, Perhaps”.

There’s a lot of fun to be had on the other tracks too. “Friend is a Four Letter Word” doesn’t use any popular curses, but that’s more than made up for in “Nugget” with a catchy as (insert four letter word) chorus demanding you “Shut the f… up”. “Race Car Ya-Yas” and “Stickshifts and Safetybelts” return to the topic of cars, in a totally absurdist way.

Tracks 10, 12 and 14 provide something like normality as they track a break-up. “It’s Coming Down” has her “leaving the house” before the country influenced “She’ll Come Back To Me” has the singer waiting to hear her footsteps “on his walkway”. On the final track, a waltz (yes, the album finishes on a waltz!), he is resigned to his fate, but postulates that his ex has got away with her cheating as “sad songs and waltzes aren’t selling this year”.

She didn’t get away with it. The album went platinum.