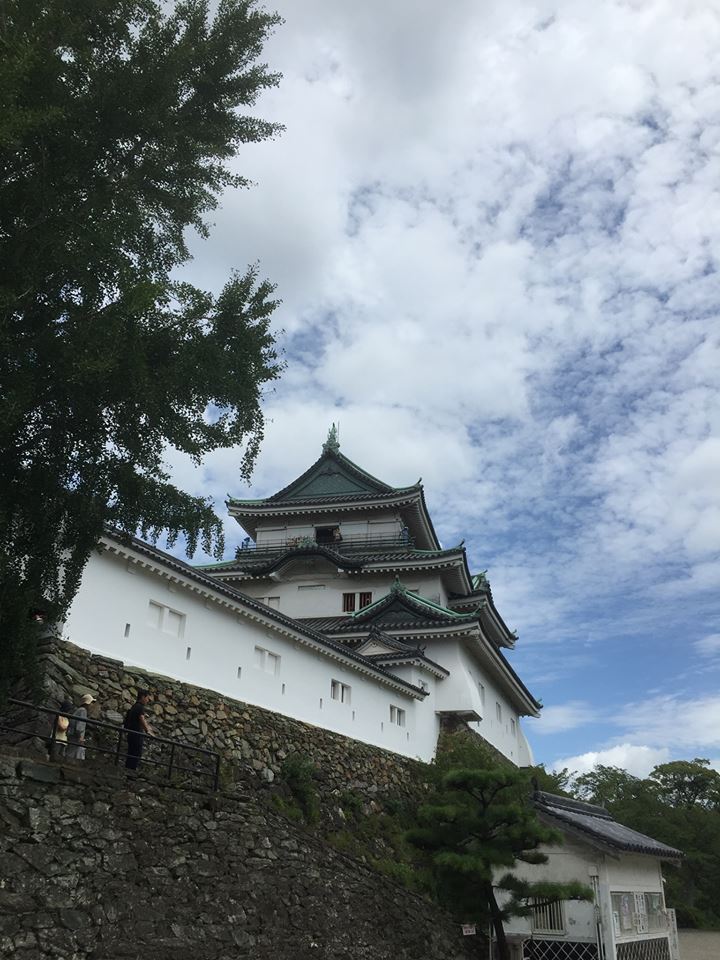 Wakayama Prefecture is not high on the list of many traveller’s itinerary priorities in Japan; the city of Wakayama even less so. I certainly never intended to come, but I left my booking of a place to stay on my return from Taiwan until the last minute and all of the cheap accommodation in Osaka, Kyoto, Nara, Kobe and Himeji was booked out. Thankfully, there was a bed still available in Wakayama, about 40 minutes away from Kansai airport, so I eagerly snapped it up.

A young lady from the city working in Tokyo on her brief summer holiday came to chat to me on the train worried that I might be lost, when I was merely wondering why the train was so slow and kept stopping. Apparently, not many people used the connection any more. The limousine bus would have been much quicker. She told me about her work in Tokyo as an engineer to help stabilise buildings during disasters in surprisingly fluent English. She had worked in Singapore for a few years and was worried that she might be using ‘Singrish’. I couldn’t detect any.

This friendliness extended to the hostel where I stayed.There was a fun-loving bunch of Japanese and foreigners mingling at the big table in the common room when I arrived, many of whom had found themselves in the same predicament as me. The hostel itself was comfortable, albeit fairly basic and a little cramped. After ten, we had to move to the rooftop, so as not to disturb the other guests who were sleeping. It was fairly pleasant up there, but I soon headed on to investigate the surrounding area.

Arriving at night, the atmosphere of the town was reminiscent of Shizuoka. Not too big and not too many tourists, but still with a great hidden set of bars to be discovered for those with a sense of adventure and a smattering of Japanese. People were on their holidays, so most were fairly lively.

After a quick stop in the morning at the castle, whose employees rushed out to douse me with water after climbing up the hill, I continued my journey on to Kobe.

I would have happily stayed longer here. There was a good, relaxed atmosphere, most of the Kansai region attractions were within easy day trip reach and there also seemed to be a good selection of onsen close at hand, which an Australian pilot guest on leave seemed to be ticking off one by one, possibly to let off steam after a harrowing landing in Taiwan during a typhoon.