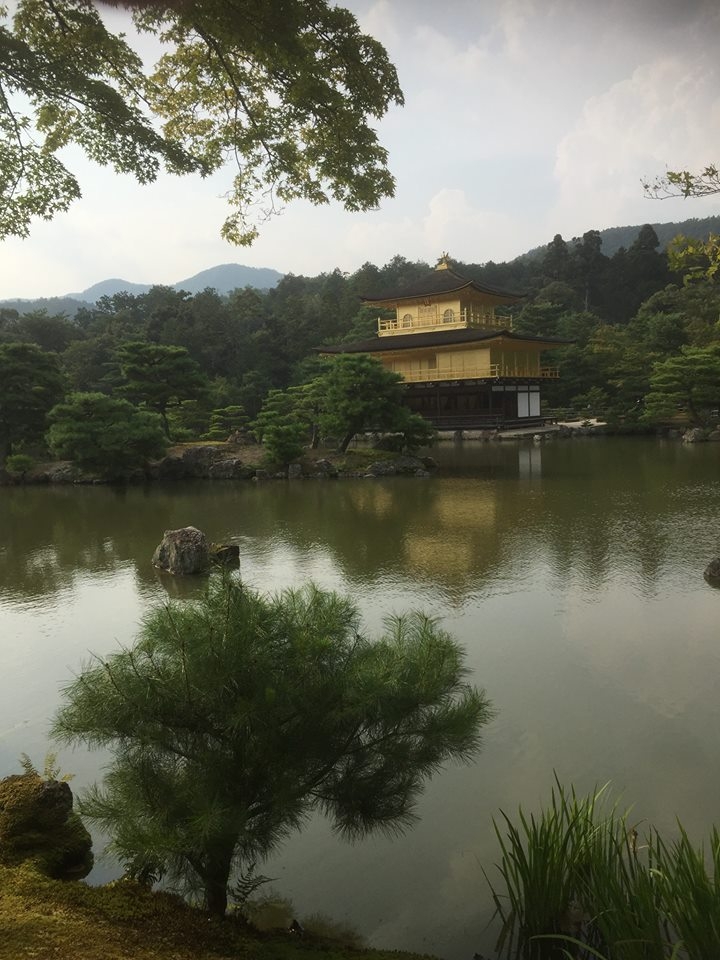 Kyoto, the old capital. Its name in Japanese simply means ‘capital metropolis’, as opposed to Tokyo, the ‘eastern capital’. The two are even anagrams of each other, so I don’t know why I was expecting a small place full of old buildings and little development. It certainly is not what I got.

Both the centre of town and the main station are full of imposing ultra-modern architecture and this is what you are met with when you arrive. I turned up late in the evening, having caught up with a friend from training in Nagoya for an afternoon drink on my way from Shizuoka. I found K’s House easily enough, a place I had chosen after a great stay at their historic onsen building on the Izu Peninsula.

The place was full, but it was so big and busy that I failed to find anybody I wanted to start a conversation with: a few families, groups of Chinese, a load of Dutch people playing a drinking game and speaking Dutch (didn’t want to make 20 people speak English), lots of French in their own cliques and a few kids on GAP years who, from a brief listen to their conversation, would not have had much in common with me.

That wasn’t a problem, since it meant I could get up early to have a crack at the city on foot. I started off with a walk to Southern Higashiyama and Kiyomizudera. The crush of people going up was too much for me, though, and by the time I got to the entrance gate I decided to just turn around and leave. There were an awful lot of other temples and I doubted they’d be as busy.

Down into Gion I went, where I espied my first geisha. She was having photos taken with a tourist on some of the most historic streets. I watched the proceedings for a while, admiring her practised movements and elaborate attire. Then I continued on through Maruyama Park and up to a couple more shrines, one of which had a ceremony going on at the time. The monks inside were chanting at great speed to the ritual beating of a drum and the timed striking of wood blocks. It was wonderfully atmospheric and a far cry from the push and shove of earlier in the morning.

With the aid of the GPS on my phone, I navigated my way via a few more temples and shrines to Ginkakuji, the Silver Pavilion. This was not anywhere near as crowded as Kiyomizudera and I could enjoy the gardens at a more leisurely pace. Japanese gardens are so perfectly manicured that they almost appear unreal. If the Japanese were a mythical race, I think they’d be elves, such is their ability to harness the beauty of nature.

Receiving a last minute recommendation from a friend on my phone, I chose to walk the Philosopher’s Walk back south. It’s a wonderful path following a stream with overhanging cherry trees, which must look amazing during Hanami.

Near the end of the trail, I took the metro and then a train across town to Arashiyama. I’d come to see the bamboo forest, but a lot of other people had had the same idea. I ended up spending so much time dodging group photos, selfies and selfie sticks that there was no room for any peace or tranquility at all. After almost being run over by a human pulled rickshaw, I headed back to the station to catch a train towards perhaps the biggest tourist draw in town of them all.

Kinkakuji, the Golden Pavilion, is a wonderful sight. I arrived just before closing time, so it was relatively peaceful. The best view is immediately after entering, as you come out on the other side of the lake to be confronted with the temple at its most picturesque. There follows a brief walk through gardens. Some girls in yukata were trying to hit a target with coins in some kind of game as I passed through.

Kinkakuji is a very long way from the main station, but I decided to just wander through town in that general direction to see what I came across. There were many atmospheric old streets bereft of tourists and a big complex of empty temples which I had all to myself. After passing through the busy, modern centre, I reached my accommodation again. I’d covered over 50km on foot (in flip-flops) and taken three train rides, but could not pretend to have even approached seeing all of the city.

Still, my visit to Taiwan was imminent and I was staying with a friend in Osaka the next night, so I had to move on. I realised afterwards upon being quizzed by various Japanese people that I had missed a very key sight, the Ryozen Kannon. Next time.